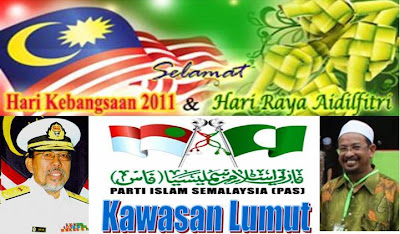 MANJUNG (Perak): There is a royal link in the controversial project to build an iron ore plant in Teluk Rubiah, Manjung, and one prominent critic alleges that this, coupled with the Perak palace’s cosy relationship with the Barisan Nasional state government, has everything to do with why public interest has been sacrificed to profit a select few.

“BN would always go ahead with something when there’s something in it for them,” said former menteri besar Mohammad Nizar Jamaluddin.

“Despite the hue and cry from the community, they don’t give a damn.”

Documents made available to FMT show that the Sultan of Perak owns one of the companies that sold off the piece of land that Brazilian mining giant Vale International is now developing for the multi-billion-ringgit project.

Vale will use only 450 acres for the plant. The rest of the land, mostly forested, will be a buffer zone.

Checks with the Companies Commission of Malaysia showed that Harta Makmur is 60% owned by Tegas Consolidated Sdn Bhd and 40% owned by RAS Sdn Bhd.

Vale’s project has many opponents, including environmental groups and Teluk Rubiah residents and businesses. They fear that it would damage the environment, ruin the local tourism industry and impair the livelihood and health of local residents.

Not a viable option

Nizar said Vale representatives met with him twice in 2008 over proposals for the project.

“I told them that the area should be preserved as a sanctuary. We had virgin jungles, with one of the best species of logs there. I could not afford to lose those.”

He said he proposed another state land in the swampy area of Tanjung Hantu, offering it almost free of charge.

“I was thinking we’re giving you a place with virtually no inhabitants. But before Vale could complete their analysis of the pros and cons of Tanjung Hantu, the government was grabbed, and the deal at Teluk Rubiah went through.”

Nizar alleged that KYM had owed the state government RM20 million in accumulated unpaid charges over the piece of land.

“In order to settle debts to the bank and to the state government, they dumped everything on the Brazilians,” Nizar said. “Somebody’s interest is being taken care of.

“Obviously, Vale was given additional incentives when it decided to choose Teluk Rubiah.

“But I want to put on record that we did not condone using Teluk Rubiah as there were strong objections and it was not a viable option.

“Zambry decided to allow Teluk Rubiah because, one, he gets a good name in the eyes of the palace, and two, KYM gets to settle its debts.”

Nizar questioned whether the Environmental Impact Assessment (EIA) report for the project was tailored to allow the project to go ahead.

“Were there amendments to the EIA? We don’t know, but it could be manipulated.”

Nizar, who is the Pasir Panjang state assemblyman, said he hoped Vale would honour its promise not to pollute the area.

He admitted that it was “a bit too late” to ask for Vale to stop building the factory.

“They’ve already signed all the documents and they will go ahead as they’ve made all the commitments to the Brazilian company.
“There’s nothing much we can do now, however much the environment might suffer.”

Zambry: State has no equity

“We respect royalty, but we are concerned that some people may be misusing the Sultan’s name,” he said. “They should not bandy his name around to obtain certain approvals from government authorities.”

Last January, Zambry said he was aware of objections to the project but added that his government was allowing it to go ahead.

He said the Perak government had no equity participation in the plant itself, but would participate in the port and logistics operations.

Vale, the world’s largest producer of iron ore, started construction on the factory in July. It is expected to start operations by June 2014. The plant will have a dedicated jetty that will be the destination point for Vale ships of 400,000-deadweight tonnes carrying iron ore from Brazil.

Blended iron ore and pellets will be distributed to customers in Malaysia, China, Japan, Australia and other parts of the Asia-Pacific region.

Teluk Rubiah was once a traditional Malay fishing village and was a Malay reserve land.

The exploitation of the village and a portion of the Teluk Muroh forest reserve started in 1983, when the state government proposed that the area be developed for tourism.

The government de-gazetted a 478-hectare portion of Teluk Muroh forest reserve in September 1988, and 247 hectares were alienated to the Perak Development Corporation while 213 hectares remained state land.

A 350-hectare area was turned into the Teluk Rubiah golf course and beach resort.

The original size of Teluk Muroh forest reserve was 917.93 hectares. At one point, it was classified as a virgin jungle reserve.

In July 1989, the government de-gazetted another 163 hectares of Malay reserve land, displacing the villagers. About 10,000 of them had no choice but to move out, but they received some compensation.

In 2001, several environmental groups protested against logging in the de-gazetted parts of Teluk Muroh, pointing out that the area remained under the Sensitive Environment Area classification.

The government responded by re-gazetting a mere 89.83 hectares as forest reserve. However, without any public announcement, it again de-gazetted 121.16 hectares in January 2010. 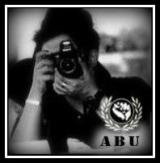